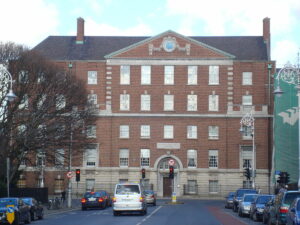 The boy, through his mother, took a case against the National Maternity Hospital at Holles Street, Dublin.

A boy who suffered facial cut during birth has been awarded €35,000.

Approving a €35,000 settlement, the Judge told Leo Quinn he could barely see the scar on his mid-forehead which extended down his nose. The judge said it was a fair and reasonable settlement.

Leo’s Counsel told the court that when Leo was delivered there were a number of cuts on his face. They all healed up with the exception of one on his mid-forehead which has left a 2cm long scar.

It was alleged the baby had been cut with a scalpel during the surgery. The hospital denied that a scalpel had caused the cut.

The hospital added that the scar could relate to an artificial rupture of membrane procedure a number of hours earlier.

It was claimed there was an alleged failure to exercise the care, competence, judgement and skill to be expected in the management of the delivery of the baby.

The claims were denied. The hospital pleaded that the medical management of the birth was in accordance with widespread, general and approved medical practice.