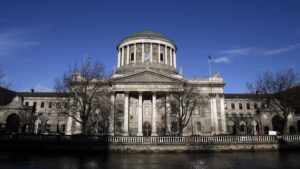 As a result of the brain injury, the 42 year old can never work again, the court heard.

A 42-year-old man with a profound brain injury, sued the HSE over an alleged delay in the diagnosis of his tuberculosis meningitis.

The marketing executive was 30 when he had 2 strokes 12 years ago and, as a result of the brain injury, can never work again. He now lives in a residential facility.

He sued the HSE for the care he received between October 2009 and January 2010 at Connolly Hospital, Blanchardstown, Dublin.

The man claims there was an alleged delay in diagnosing tuberculosis meningitis. The settlement against the HSE is without an admission of liability.

Counsel said the man lost 25kg over a period of months and at one stage, on the way to the cinema with his girlfriend, he suffered a blackout and later hallucinations. They also said there were indicators of underlying tuberculosis meningitis which should have warranted a multidisciplinary investigation.

Approving the settlement, Mr Justice Paul Coffey said it was fair and reasonable. He noted the praise of the man’s counsel for the HSE in its efforts to bring the matter to conclusion.

Read the full article from BreakingNews.ie