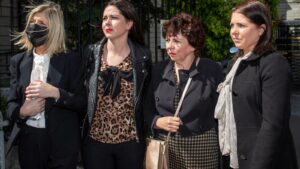 Irishman from Youghal in Cork, was hit by a car as he crossed the road in April 2019, just hours after he had arrived in Malta.

He suffered multiple fractures and a severe brain injury and remains in hospital to this day. He requires 24-hour medical care.

Cooley subsequently sued the driver’s insurance company in the Irish courts. He did so through an EU directive. Maltese law does not allow compensation for general damages for pain and suffering. Only medical expenses and the cost of care could be claimed.

Mr Cooley left Malta in an air ambulance in April 2019. Since then, there has been no communication with the police service in Malta or the Malta Justice Department.

He has been living in a nursing home and this settlement will allow him to return to his family, who intend to build or convert a home to suit his needs.

Mr.Cooley suffered a traumatic brain injury as well as injuries to his chest, hip, leg and arm and was in an induced coma. He was transferred to C.U.H by air ambulance in April 2019 and from there to the National Rehabilitation Hospital

The Irishman was awarded a €3.1 million settlement, with much of that expected to go towards care costs allowing Cooley to be cared for at home.