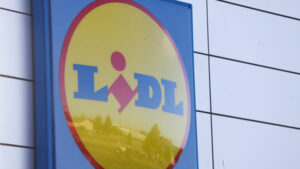 Lidl Manager was fired for purchasing baked goods at a discount

Lidl unfairly dismissed a manager after he purchased €7.20 worth of baked goods at a knock-down discount of 40c.

The WRC adjudicator found that Arkadiusz Grzyb was unfairly dismissed. It was ordered that Lidl must  pay Mr Grzyb €21,211 in compensation.

In her findings, she found the sanction of dismissal of Mr Grzyb for the fundamental breach of trust “does not come within the band of reasonable responses and was disproportionate”.

Mr. Grzyb was dismissed in March 2021, arising from incidents that took place in October 2020.

In his defence, Mr Gryzb said he adapted a common practice operated in other Lidl stores.

He believed the “waste not” procedure could be applied to bakery goods that were written off.

He also argued there was no economic loss to the company and it resulted in a surplus as he paid for the bakery goods.

Mr Gryzb said he only realised he was accused of theft after he saw the investigation report in February 2021.

However, in view of his own contribution to his dismissal, she reduced it to €17,596.