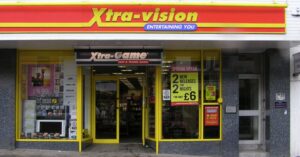 I wish I could go back to 2005. It was a rocking time to be in Ireland. It really was. What with all the foreign holidays, the champagne flowing like Ballygowan, the endless credit. It seemed like nothing could ever go wrong.

Back then the only people who had heard of examinerships were stuffy corporate lawyers and insolvency experts plying their trade in those dark arts. How different to now, where it is front page news.

So why would any company go into examinership – and why can’t I go ahead and do the same with my business?

First of all, the process of examinership only passed into law in 1990, while most of us were tuned into David O’Leary and friends in Italy. So, for the first time in Ireland, an insolvent company could get the protection of the courts from pesky litigation and eager receivers for a specified period of time.

While initially the law said that a company had to have “some chance of survival”, this was later amended to the more realistic “a reasonable chance of survival” and crucially the court would now look at an independent accountant’s report which would outline the finances, prospect of investment and whether it would be more advantageous to trade than to wind up.

Even so, the judge retains discretionary powers to appoint an examiner – something Liam Carroll of Zoe Developments learned all about. Justice Peter Kelly found the assumptions behind his accountant’s report to be somewhat lacking. The judge did not accept the threat to jobs either and the application failed.

In another case, the same judge said that he was unwilling to grant protection to companies, as investment was becoming as “scarce as hen’s teeth”. He was also unimpressed with the formulaic accountants’ reports coming before him. Finally, he highlighted that examinerships should not be entered into lightly because of the expense.

Ah yes, the expense. It may not have escaped you that most of the companies applying for examinerships are not your typical mom-and-pop enterprises. For instance, B&Q has a very strong parent company that is investing €2.4m in its Irish entity. Xtra-vision – bought by Hilco Capital after going into receivership in April – exited examinership in 2011 only after its then parent company, Birchall Investments, injected €8m into it.

And what about directors of insolvent companies? Remember the Residence case? The Stokes brothers were heavily criticised for the way in which their company was managed prior to the examinership. The company had retained employees’ PAYE payments to fund the business, which Justice Kelly likened to a form of “thieving”. Are you shivering yet?

You see, the thing is, once a company becomes insolvent, your duties as a director change. Rather than having an obligation to protect shareholders, you are now legally obliged to protect the company’s creditors. If you don’t know this, you are at a real risk of being disqualified or restricted.

But if you can afford it and you can satisfy the judge’s expectations, then the upside to examinership can be great. You can renegotiate those costly leases you signed up to or even close loss-making outlets, like B&Q did in Waterford. You can pay 10 cents on the euro to wipe the slate clean with your unsecured creditors and start afresh like Aer Arann.

Mind you, it doesn’t always work out. Successfully exiting examinership may afford another roll of the dice, but in this tough business climate, nothing is a given.

View the article from the Irish Independent